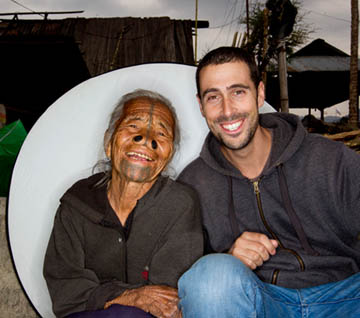 I graduated from the University of Toronto with a degree in Psychology and planned to continue with it but after 4 years of exploring the psyche and human behaviour I decided to get out and explore the world. I travelled and worked my way through 2 years in India and Southeast Asia. Soon after landing a job with a logistics company in Budapest in 2006, I was dispatched to manage their office in Kabul, Afghanistan. Before I left I bought my first camera and soon found myself consumed with capturing the images I saw around me. After 6 months in Kabul I decided to pursue a career in photography and have over a decade's experience working in Thailand and Toronto. I'm currently based in Sydney, Australia.

My work has been featured in National Geographic, The New York Times, Vanity Fair, Time, Rolling Stone and Travel + Leisure among others. My on-going documentary work on the vanishing culture of elephant keeping has as been awarded by Pictures of the Year International (POYi), Prix de la Photographie Paris (Px3), the International Photography Awards and American Photo. I was also selected by Photo District News as one of the PDN 30 photographers in 2010.