Elephants: The Elephant In The Room: EIR15 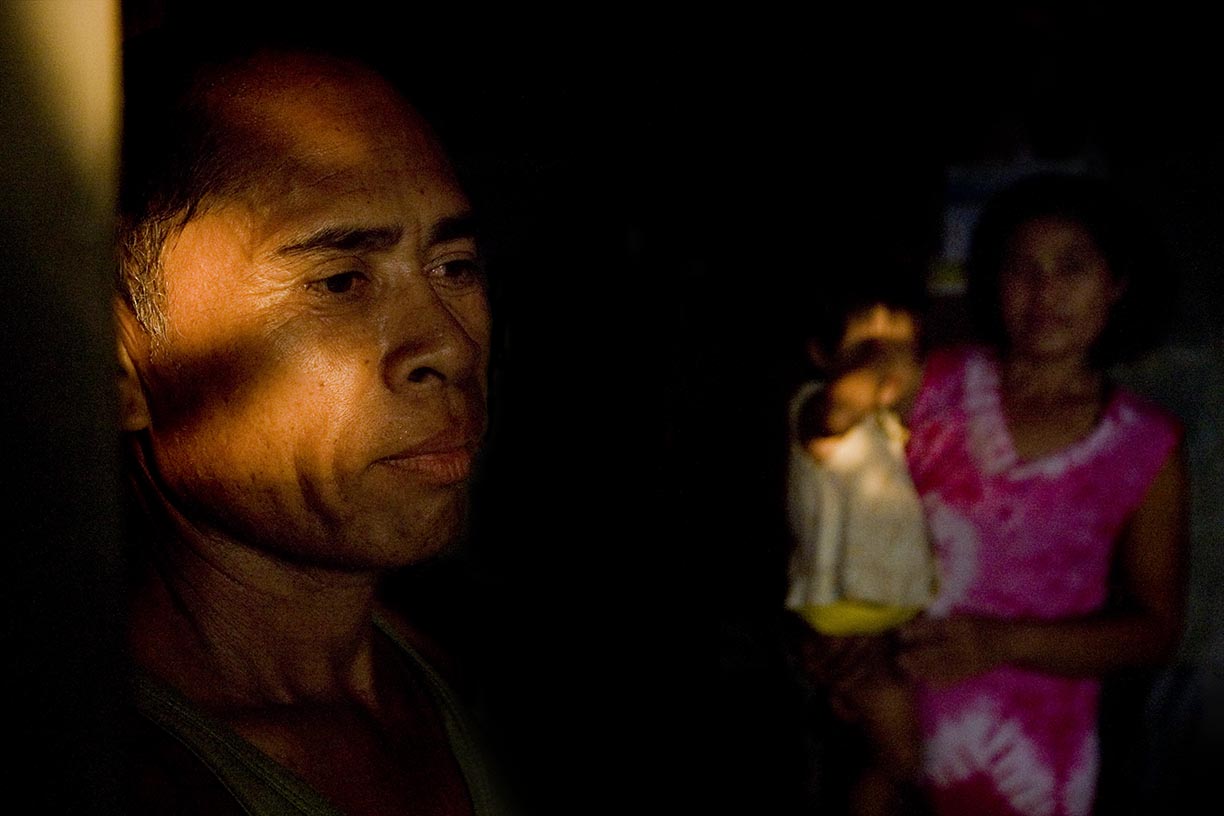 Ooau's father Suk Sarmak, left, mother Goong and daughter Boopae stand at their home in Surin province. Ooau''s daughter was named after their pet elephant bearing the same name. Elephants have been a part of the family for generations. When eucalyptus plantations began replacing forests many of the elephants in Surin soon were left without food and their owners were forced to buy bamboo at prices they couldn't afford. With no income outside of the rice-growing season Suk was forced to explore other ways to make money and feed his pet elephant Boopae. After discovering the potential to earn money in the tourist areas of Bangkok Suk began living there off and on. Growing old he passed the responsibilty of taking care of Boopae to his daughter and her boyfriend.